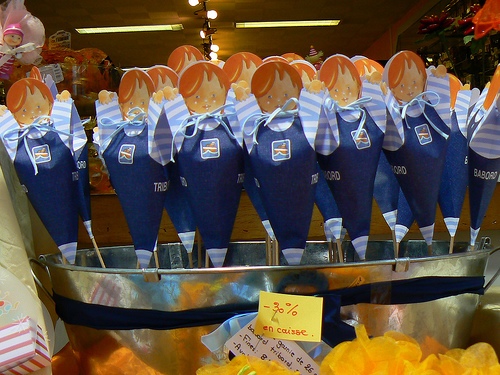 This month, Groupon announced that it had filed with the SEC to raise $750 million in an initial public offer of stock in the USA (see the article here). Shortly after the announcement, another article informed about Groupon’s plans to combine their services with loyalty cards in groceries: Customers can have their discounts checked directly to their loyalty cards online instead of having to print out a coupon. The new mechanism opens new possibilities of cooperation with big supermarkets and other CPG chains.

Interestingly, the two The Next Web articles seem to perfectly frame an in-depth analysis of Groupon’s business strategy published by Dieter Petereit in the popular web and business magazine t3n. Petereit’s conclusions are not very flattering for the fast-growing internet business.

Petereit bases his arguments on the simple equation that permanent discounts on products and services lead to a steady decline in prices that merchants will find hard to stop or even reverse. Therefore, there are only a few situations in which discounts are all-out advisable:

a) Situations in which the discount doesn’t hurt the discount giver (as is the case, for example, with clearance sales when storage area is needed, or if a quantity discount can be transferred to customers)

b) Situations in which the discount might mean a financial loss to the discount giver, but serves a worthy goal for his or her business (for example as a means of customer retention)

The gap between cost and benefit

With Groupon deals, businesses have to allow significant dicounts on their products and services. If you add the fee Groupon charges, entrepreneurs are often left with only 25% of the original price of an item. This deficit can seldomly be balanced out by savings on marketing etc., especially for local businesses and restaurants.

The benefits oft he deal are often meagre, too: Petereit states that a great share of Groupon businesses engage in type b) discount offerings. But the discounts seldomly attract people who can be turned into regular customers – especially not in the food sector, where the usual meal prices oftentimes aren’t affordable to the Groupon guests. Coupon users are often there for the great deal, not more.  With the next great offer, they will probably move on to the next provider.

What’s worse: If the reasons for the discounts are not visible and objectively comprehendable for all customers, even the regulars will either start using coupons or go somewhere else, since they will feel nobbled. Petereit concludes that Groupon will remain in constant need of new customers, since entrepreneurs will withdraw from the service once they have experienced the gap between cost and benefit. Not the most sustainable business strategy.

With respect to this analysis, his suspicion that some of the Groupon navigators are using the IPO to get off a sinking ship and taking their share of dividends with them, seems reasonable.

Well, maybe there’s still hope: With the integration of loyalty cards „as a fulfillment mechanism“ in groceries, Groupon enforces customer retention. Also, it can team up with big grocery chains that – in comparison to many small local businesses and restaurants – actually DO have big marketing budgets that they might be looking to minimize by giving out coupons.

„using loyalty data also will allow supermarkets and CPG brands to answer another key question that has dogged Groupon in other sectors of its business – whether these deep-discount deals really pay out in the long run“.

Sounds like the deal-friendly business has itself thought over the basic principles of discounting and is now headed towards a new strategy integrating them. We’ll see if this course adjustment will take the Groupon ship to new havens!